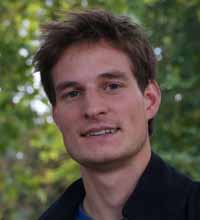 Born in Detmold, Germany. Bachelor in Political Science and Economics (Bremen) and M.Sc. in Environmental Governance (Freiburg). Torben worked for consultancies and NGOs in the field of Education for Sustainable Development, organic agriculture, sustainability in development cooperation and green economy. Currently he does a PhD on transition studies and regularly facilitates workshops combining theatre and sustainability themes.
Languages: German and English. 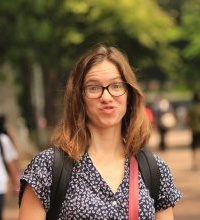 Born in Asuncion, Paraguay. Bachelor in Eng. in Environmental Engineering (São Carlos, Brazil) and MSc. in Environmental Governance (Freiburg). Andrea worked for the Environmental Ministry in Paraguay with Environmental Impact Assessment and is currently working with an international forestry consultancy in Freiburg.
Languages: Spanish, German, Portuguese and English.

“The Collective Engagement in a Creative Task connects us with ourselves and others.” 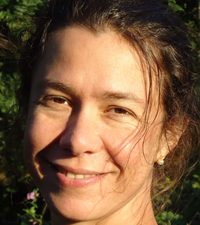 “Action to change paradigms can transform the world.” 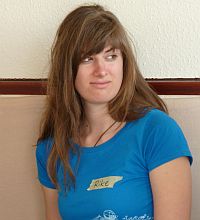 Born in Filderstadt, Germany. Bachelor in Comparative Cultural and Religious Studies, Master in Peace and Conflict Studies (Marburg). Friederike is a trained mediator currently working as intercultural trainer and in environmental education. At the moment she is attending a training course in conflict counseling and coaching, and is very interested in communication and conflict transformation in groups.
Languages: German, English, French.

“Transformation only works when our hearts are touched.” 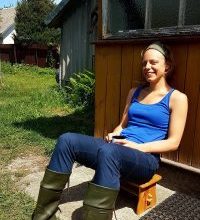 Born in Stockholm, Sweden. Doctoral degree in Forest Management from the Swedish University of Agricultural Sciences – SLU. Ida has worked for forestry companies and forest owner associations as well as volunteered for the Icelandic National Forest Inventory. Currently she is working as a postdoctoral researcher at the University of Freiburg.
Languages: Swedish, English, German. 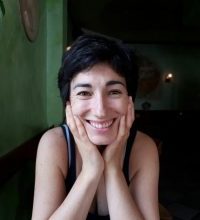 “In every performance we are transformed, along with the audience.” 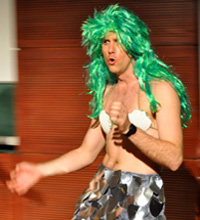 Born Sydney, Australia. Bachelor in Law, B.A. Communications (Media Arts and Production) (Sydney), MSc. in Environmental Governance (Freiburg). Brendan worked as an environmental lawyer in Sydney for a number of years before coming to study in Freiburg. His interests include research into the way the public uses scientific information to inform decision making, especially in regard to climate change, and the power of theatre to convey scientific messages and inspire change in individual behaviour.

“Our theatre is a reflection of our own hopes and dreams for the world. We are able to connect with our audiences at a deeper level because we lay our hearts bare before them.” 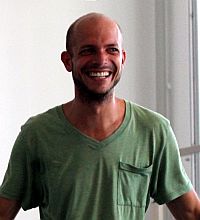 Born in Caracas, Venezuela. Bachelor in Production Engineering (Caracas) and MSc. in Forest Ecology and Management. Jonathan has worked in many different fields, always with intention of learning and developing new skills. He is currently working in the University of Freiburg doing research on Silviculture and on Environmental Policy. He is also a yoga teacher and a passionate farmer.
Languages: Spanish, English, French and German.

“Theater is the playground where we can stop being us and transform into the most powerful transmitter vehicles of messages, knowledge, feelings and emotions.” 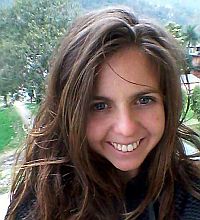 Born in Barcelona, Spain. Bachelor in Humanities (Philosophy, History, Literature and Art) in the University Pompeu Fabra (Barcelona); MSc. in Environmental Governance (Freiburg). Griselda has worked for the GIZ in Brussels (Rural Development) and collaborated in a reforestation project in the Philippines. She is currently a Yoga teacher, writes poetry and is involved in a Social Business Project regarding water filtration technology.
Languages: Spanish, English, German, French and Catalan. Currently struggling with the Arabic alphabet.

“The lowest possible temperature is -273.15 degrees Celsius. Beyond that point no heat energy remains. However there is no maximum positive temperature. Great fact which mirrors the magic of life! There is a bottom line from which we start off; but there is no limit to our potential. Share the dream and you will make it happen.” 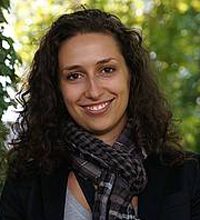 “Acting is a language that transcends different people, cultures and geographical borders. And when spoken with emotion it can leave indelible mark in the heart.” 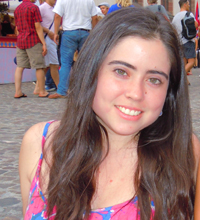 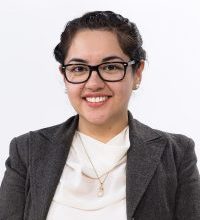 Born in Loja, Ecuador. Graduate of Legal Sciences Faculty in Universidad de las Americas – Quito Ecuador. Gaby worked in the Ministry of Environment of Ecuador as advocate for the Biodiversity office (focus on crimes against nature as illegal hunting and illegal trading). Currently, she is studying a master program in Environmental Governance in Freiburg University.
Languages: Spanish and English.

“Theater, those magic moments were our behaviors, perception and awareness are question trough laughs and art.” 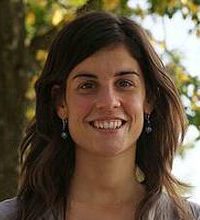 “Knowledge and awareness through art and amusement.” 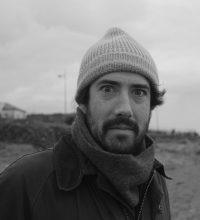 Born in County Wicklow, Ireland. B.Sc. in Forest Management in Dublin Ireland and Michigan, USA. M.Sc. in European Forestry, Joensuu Finland and Freiburg Germany. Brian has worked in telecoms, forestry, systems analysis, and as an organic ice cream entrepreneur, currently at Uni Freiburg working on sustainability issues at the landscape scale. Particularly interested in investigating and living how both embodiment and experiencing art can help people understand what lies beyond their normative assumptions.